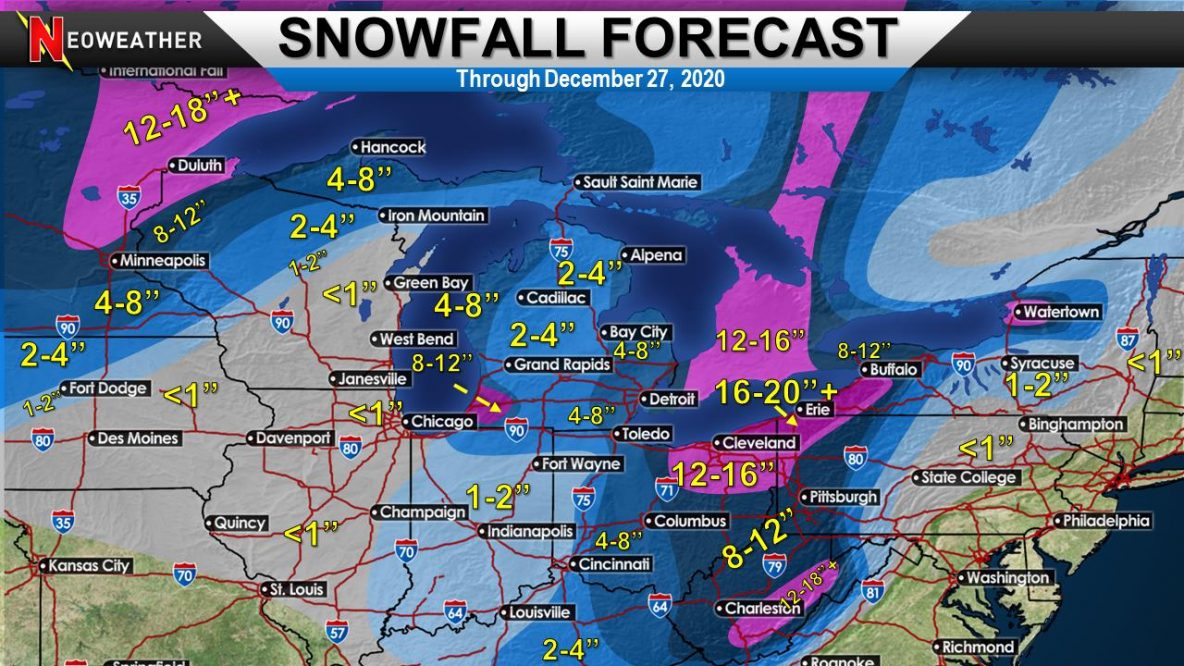 If you are in parts of the Midwest to Great Lakes and Ohio Valley wanting a white Christmas then you have a good shot. The Northern Plains through parts of Ontario and Quebec will be one area of major snow. The next area will be from Lake Huron through eastern Ohio and western Pennsylvania with lake effect snow filling up in the main snow belts.

There is more confidence on a heavy snow Christmas Eve into early Christmas Day across eastern Ohio and western Pennsylvania. The storm is looking stronger, which means it will take longer to move out. There is more moisture available. This secondary low pressure forms in the Ohio Valley and tracks NNE into parts of western PA and NY.

The exact track of the storm is not set in stone, but we have pretty good confidence on another major snow somewhere between I-71 and I-79. It’s going to come with a major blast of cold air during the day Thursday.

The big takeaways are a flash freeze as rain changes to snow with temperatures crashing from the 40s into the 20s. This will allow the layer of water on the ground to ice up.  Then heavy snow accumulating over a half foot in spots between eastern OH and western PA. Temperatures end up in the teens Christmas morning.

Snowfall totals are medium confidence at this point. Where the Great Lakes enhance the snow over a foot is possible. The blocking in the atmosphere is allowing these storms to wrap up and really favor eastern portions of the Ohio Valley into the interior Northeast with slower moving potent storms.

If you are a snow and ice management company then you can greatly benefit from our detailed weather forecast solutions. We produce weather information that revolves around your location with impacts to your operation in mind. Not only is it much more accurate, but it’s not the kind of content you can get for free.