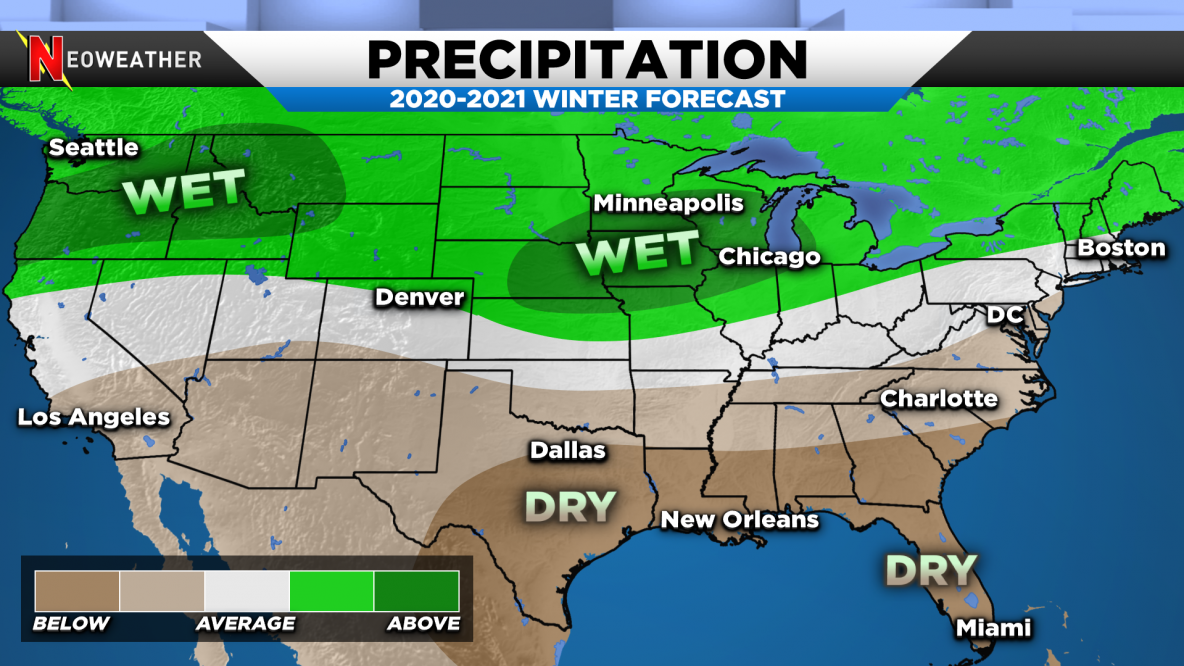 One of the main things Neoweather is known for is our winter forecast presentations. Snow and ice management is the industry where we have the most clients. It’s a great reason for us to take our seasonal predictions and put them into a presentation geared towards snow contractors and municipalities.

A main stretch of October and November is pretty warm across a good section of the United States. There were cold blasts at times the second half of October and very early November, but those were brief. across much of the West and East. It was the central US that saw below average temperatures the last 30 days. Overall there were pretty mild temperatures for the US, but Canada is a different story. Temperatures of -2 to -7 below average were observed.

We were thinking there’s a good risk for more early season snow and cold than the last few years. That’s playing out right and wrong. The western and central United States saw some records fall for October ice and snow amounts.

New England saw 1-2 snowy systems this autumn too. The current pattern is very warm and a decent chunk of mid and later November might also be trending that way. Still more wintry systems are possible before Christmas than recent years even in a warmer pattern.

A La Nina is currently present and should stay that way throughout winter. That means there’s below average sea-surface temperatures in the equatorial Pacific Ocean. The atmosphere has responded to the conditions already as its getting fairly moderate. The El Nino Southern Oscillation has a big impact on the weather patterns across the world, but there are many other important drivers. Some of these are short-term and cannot be forecast months ahead of time like the North Atlantic Oscillation and the Madden-Julian Oscillation.

We looked at similar years in the past that had a super active tropical season, first year La Nina, – PDO, up and down EPO and more. There were several decent matches that we used as analog years. When you look at how those years in the winter averaged out it shows more cold than warmth.

We have seen recent years that don’t match up very decent with well-researched analogs. There might be enough change with Atlantic atmospheric pressure patterns and the tropical forcing to have a big influence on ridging and trough placement. We also factor in persistence of the last few years being really warm and the long range seasonal forecasting models.

What Do The Models Say?

They like widespread warmth. The Neoweather team looked at several climate models and they have plenty of well above average temperatures waves from the central US into the East. The Pacific Northwest into western Canada is one of the only cool (compared to average) areas shown.

When we put our analogs, models, pattern biases and gut feelings together we come out with the forecast below. Most of the nation will be milder than average again. There’s some suggestions it could be another extremely warm winter in the East and south. While potent cold should be in central and western Canada how often it comes south and east will make a big difference if our forecast is too chilly or not.

An active jet stream with plentiful moisture should eject out of the Pacific Northwest and dive into the middle of the nation and Northeast. This acts as a very general divider between warm and cold while. A strong ridge of high pressure off the Southeast coast is to blame. It should push moisture northward out of the Gulf of Mexico. Storms will come out of the Northwest, Rockies and Oklahoma Panhandle into the Midwest and Ohio Valley. There will likely be some cold blasts that do reach through this area and even into the Mid Atlantic at times.

Even though bitter cold might not last long that doesn’t mean major winter storms won’t happen. In fact, this winter might be a great setup to have warmer than average temperatures, but greater than average snow in parts of the Midwest and Great Lakes into the Northeast.

Snow contractors might be dealing with less overall wintry events, but more significant storms in areas around Chicago, Indianapolis, Buffalo and Toronto. There should be many more above average temperature days compared to below average across the span of winter in the East. That means the snow probably will melt frequently without it piling up very high.

If your operation depends on an accurate weather forecast, so you can make big money decisions then you are on the right website. It’s our life providing you with peace of mind through detailed weather information. Our snow and ice management forecast service is where you should check out. There are many reasons why it’s Time To Purchase a Weather Service Your company deserves better than inconsistent free apps, amatuer weather sites and TV news then lets talk.