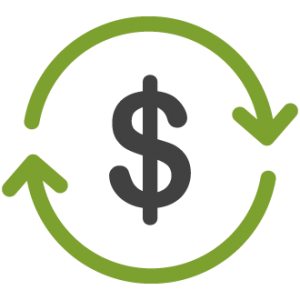 We know it’s easy to fall behind on things.  Paying bills isn’t exactly at the top of one’s priorities.  That’s why we’re introducing a recurring billing option for all of our clients!

With recurring billing, your credit card will be billed for your monthly amount on the same day each month (usually the first of the month but this could vary by a few days).  Once the season is over, the billing is suspended.  If you stay with us during the warm season, you will be switched to the proper plan and recurring billing will resume.

If you are interested in setting up this feature, please contact Mark Spencer or call him at (800) 839-9445 ext. 1101.  We will still gladly bill out invoices monthly if you prefer and still accept checks.

Mark Spencer is the Vice President of Neoweather, LLC. He joined Neoweather in August of 2010 and has lived in Northeast Ohio for most of his life. Mark has played a vital role in helping Neoweather to advance and grow it's client base and reach. He has attended trade shows and created much of the content seen on our website, videos and our products. Outside of Neoweather, Mark works for the FAA and holds an Associate’s Degree in Air Traffic Control. He enjoys being outdoors and spends as much time as he can with his son and his wife Loretta.