It’s the time of year where the fireballs shoot through the sky and entertain millions of sky-watchers across the Northern Hemisphere. The Perseid Meteor shower is one of the grander astronomical events and it will be at its peek Saturday through Monday night.

The mid August celestial sensation can best be seen with clear skies on Sunday night.

The Perseid shower is famous for bright, fast meteors that leave a long wake behind them, NASA says. You can spot 50 to 100 of them each hour. 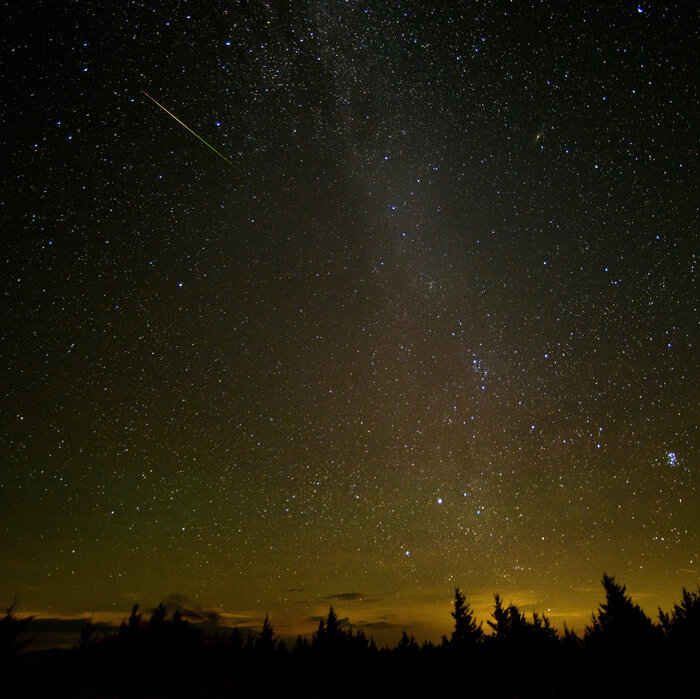 “Perseids are also known for their fireballs,” NASA writes. “Fireballs are larger explosions of light and color that can persist longer than an average meteor streak. This is because fireballs originate from larger particles of cometary material. Fireballs are also brighter.”

August is known as ‘meteor month’ because of the multiple shows the caused by outer space rocks streaking through the outer edges of earth’s atmosphere. The shooting stars are visible as they streak across the sky at thousands of miles per hour.

The Perseids are one of skywatchers favorite astronomical shows every year. They occur when Earth moves through the path of comet Swift-Tuttle from July 17 through August 24. The debris enters the atmosphere and burns up, which is the streak or train of light you see tracking across the sky.

“However, the constellation for which a meteor shower is named only serves to aid viewers in determining which shower they are viewing on a given night,” NASA notes. “The constellation is not the source of the meteors.”

You will want to escape the bright lights of any big city and head into a rural area. That should allow you to see a decent show even if the moon is going to be a distraction. The good news is the moon phase for now is new limiting the amount of light There is a way to maximize your experience. Sit or stand within a moon shadow where the moon is blocked by a building or tree. The best spot to see the Perseid’s are at observatories.

Will The Weather Be Okay?

The western part of the country will be shrouded in a layer of thin smoke from the major wildfires now burning. Showers and thunderstorms will blow off clouds from Texas through Arkansas and into the Northeast. Conditions should be better in the Pacific Northwest Sunday evening compared to tonight. The Midwest and Great Lakes should have very good conditions both nights.